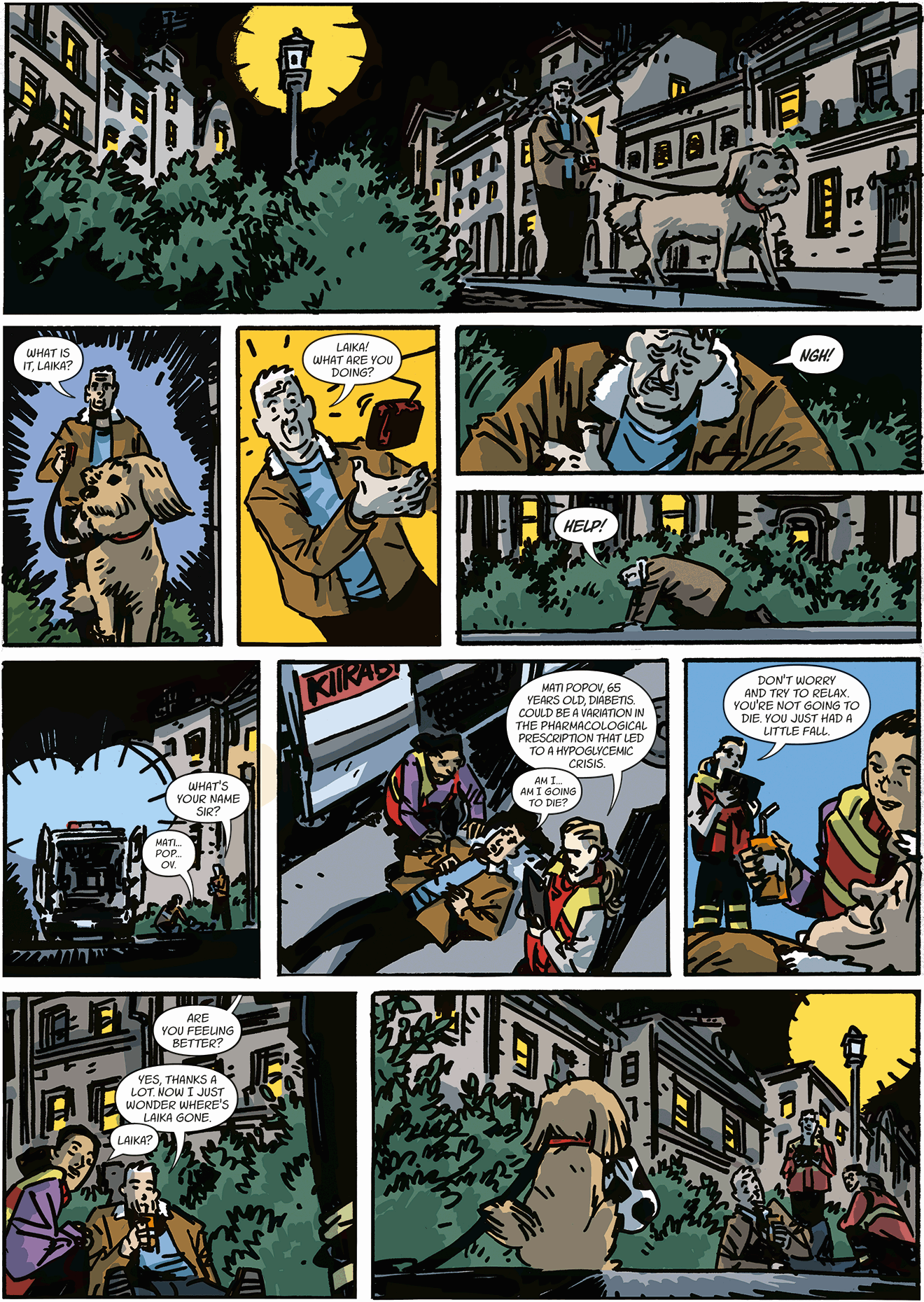 Find out more in the research chapter under "Prediction model for the healthcare needs of patients with chronic illnesses".

Alessio Ravazzani is an editorial graphic designer, cartoonist, and illustrator who collaborates with the most prestigious comics and graphic novel publishers in Italy. He is an author with the Mammaiuto collective, of which he has been a member since its foundation.

A city is automating homes to reduce energy consumption